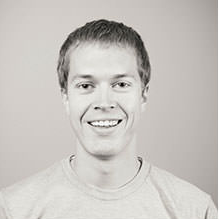 Software developer bouncing between Ruby, Elixir, and Crystal. I like to tackle big problems and work on random projects. I like to golf and run in my spare time.

Many real world Phoenix applications use JWTs to handle authentication, but there are situations that still require being able to test session. This has traditionally been tedious in Elixir (see below). However, Plug has recently added functionality to make this very simple. It’s a relatively new feature and not very well documented online. While it is in the Plug docs, it is not in the Phoenix guides or most online resources. The only place I’ve seen it referenced is far down a Github issue.

There are a couple ways to utilize this. Let’s take an autogenerated controller test:

To set session just for this test, we just have to add one line:

If we wanted to set a session value for an entire set of controller tests, that’s simple too. We just need to add one block in the test:

Now, the conn struct used for all the tests will have current_user_id: 1 set in session, as expected. This is a huge improvement, since it removes the complexity and ambiguity of previous ways to accomplish testing session data.

There are quite a few older approaches, most of which are more complex approaches which may not work in all situations. Typically, they require either customizing the conn used in tests or by using tags paired with custom connection setup. Sometimes, this includes bypassing pipelines. There are other ways which include tweaking your app’s pipelines(1, 2) and setting current_user directly.

To be clear, all of these approaches work, and have been necessary in the past. But luckily, Plug 1.5 added made this all much simpler.

You May Also Enjoy

TLDR: Use case insensitive text (citext) in Postgres, and don’t worry about email/usernames in application code.

How to use Phoenix generators with PostGIS column types, with minimal changes to get tests, changesets, and schema working.

I was recently putting together a repo for presentations I’ve given, and I kept running into an annoying issue. Git would treat my Keynote files as a directo...

A lot of Rails apps are using the gem did_you_mean to help during development. Most of these apps are probably going to run into an issue when upgrading to R...